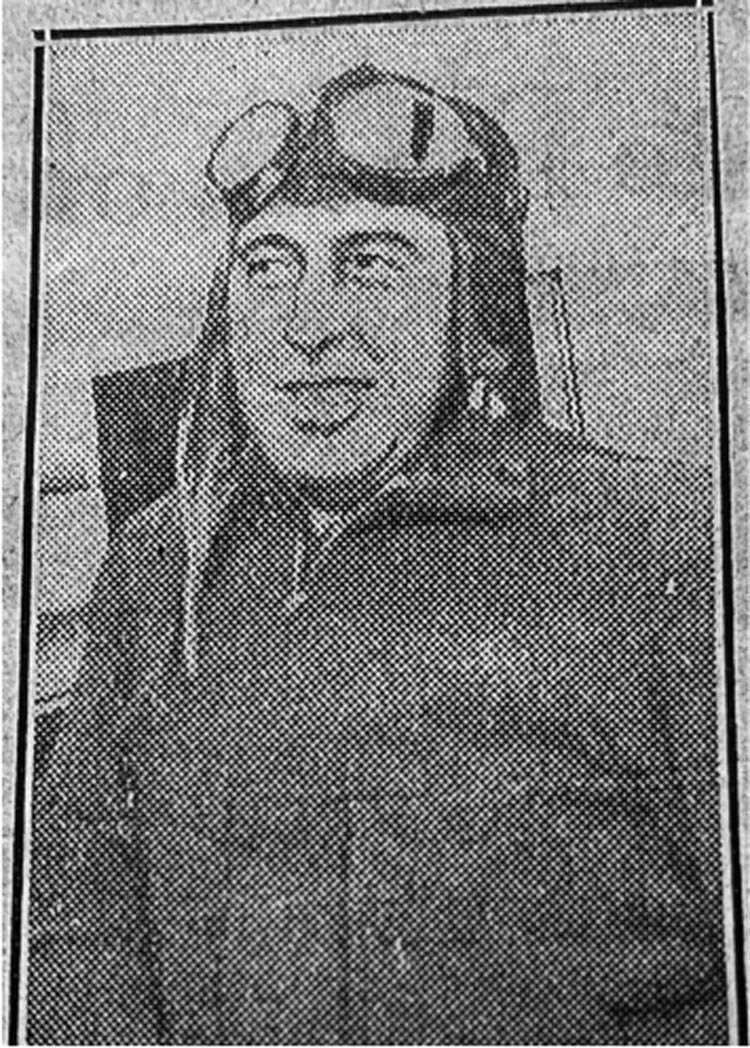 At around noontime on January 1, 1933, Coast Guard Lt. William Foley of Milltown, Maine ventured out on a rescue mission from the Coast Guard Air Station at Miami, Florida with a crew of four other men. The crew was in search of a skiff carrying a man named Paul Long which had been blown out to sea at Cape Canaveral the previous night. The crew was piloting the Arcturus. A storm was brewing that day, and when the crew spotted the skiff and Paul Long about 30 miles southeast of Cape Canaveral, they had great difficulty landing the plane in the water. The waves were 12 feet high— twice as high as the craft was designed to land on - but the crew was able to land only after dumping the craft’s fuel reserves. However, in the process of landing, the left wing tip was damaged. All the while, the crew members were dipping in and out of consciousness from inhaling gasoline and tetrachloride fumes. After one of the crew members broke the float away from the damaged wing tip, he rescued Paul Long and both were carried back onto the plane. The damaged wing prohibited takeoff, and after a failed attempt to taxi to shore and an SOS call having been made, the aircraft drifted to shore and the crew and Long were discovered by U.S. Customs border patrolmen.

This information comes from a U.S. Coast Guard record of the crew, including Lt. William L. Foley, having received the United States Department of the Treasury Gold Lifesaving Medal on April 17, 1933. At the time, the U.S. Coast Guard was under the Treasury Department; today, the Coast Guard is part of the Department of Homeland Security. The Gold Lifesaving Medal is awarded to those Americans who risk their lives to save or attempt to save those who are imperiled at sea. The medal is awarded by an Act of Congress.

This was not the first time Lt. Foley had been honored for his heroism. Lt. Foley had also been awarded the Silver Lifesaving Medal for diving into extremely cold water in 1928 to save two of his fellow crew members aboard the U.S. Coast Guard cutter Seneca.

According to an article in The Calais Advertiser from December 4, 1935, Lt. William Lloyd Foley was born in Milltown, Maine, the eldest son of Michael and Flora (Hutchinson) Foley. Michael Foley was the postmaster in Milltown. Foley’s parents died when he was young and he went to live with his aunt Annie Foley on Chase Street in Milltown. In 1915, Foley enlisted in the U.S. Navy and served during the First World War. After the war, Foley entered the merchant marine service. In 1932, after entering the Coast Guard, Foley was placed in command of the Miami Coast Guard Air Station, from which he and the crew of the Arcturus embarked on that fateful rescue mission.

In 1935, he established the Coast Guard Air Station at Winter Island in Salem, Massachusetts. He was commander of that Air Station until he died of blood poisoning on November 26, 1935. An article in The Boston Globe from November 1935 described his funeral and burial: “the aerial funeral to be given the late Lieutenant Foley will be the biggest, most spectacular and impressive ever accorded a Coastguard officer.” The Altair, a sister craft of the Arcturus, transported the body of Lt. Foley from Winter Island to Arlington National Cemetery where he was laid to rest.

The Calais Advertiser was alerted to this story by Jim and Dolly Sullivan of Alexander. Jim Sullivan is distantly related to Lt. Foley. Jim Sullivan’s great grandmother Margaret Foley was also William Foley’s grandmother, and William Foley’s aunt Annie Foley with whom he lived following the death of his parents is Jim Sullivan’s great aunt. The Sullivans are no strangers to service and sacrifice themselves; Jim Sullivan is a veteran and their son, Chris, was a Captain in the U.S. Army who died during his service in Iraq. The Sullivans were insistent that this story be focused on Lt. Foley rather than on their son, and I will honor that wish for the most part, though as they told me Chris’s story it was hard not to see the parallels between their selflessness and character.

The Sullivans and The Calais Advertiser believe it is important that the Calais area honor and recognize the heroic service of Lt. Foley, one of our own, and recognize the service and sacrifices of all of our veterans and active-duty military men and women.