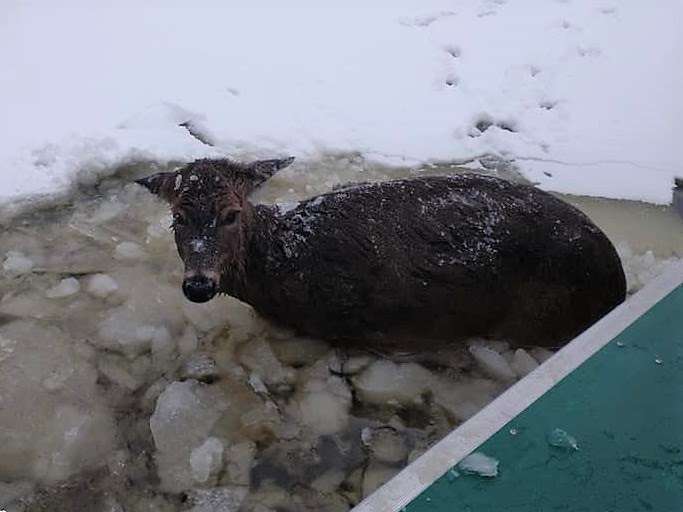 Water rescue training provides first responders with knowledge and skills required to safely and effectively respond to rescue and recovery events in, on, and around the water.  That type of training came in handy for members of Princeton Fire Department on Monday when they were called to an incident involving a man in the water. 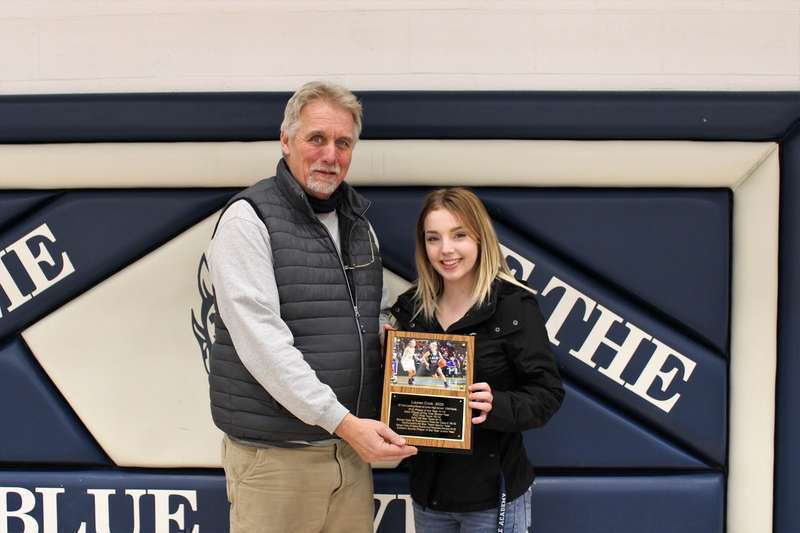 Calais High School Athletic Director Randy Morrison recently caught up with former basketball standout Lauren Cook to present her with a special plaque that lists many of her high school accolades.  Among them, noted at the top of the long list, is “All-time leading scorer at CHS, 1,704 points.” 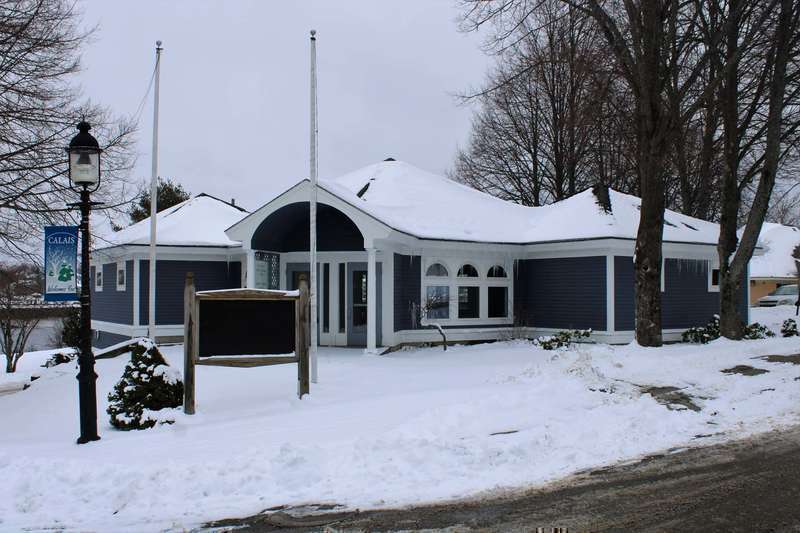 Location to Change for Brewery Set to Open in Calais 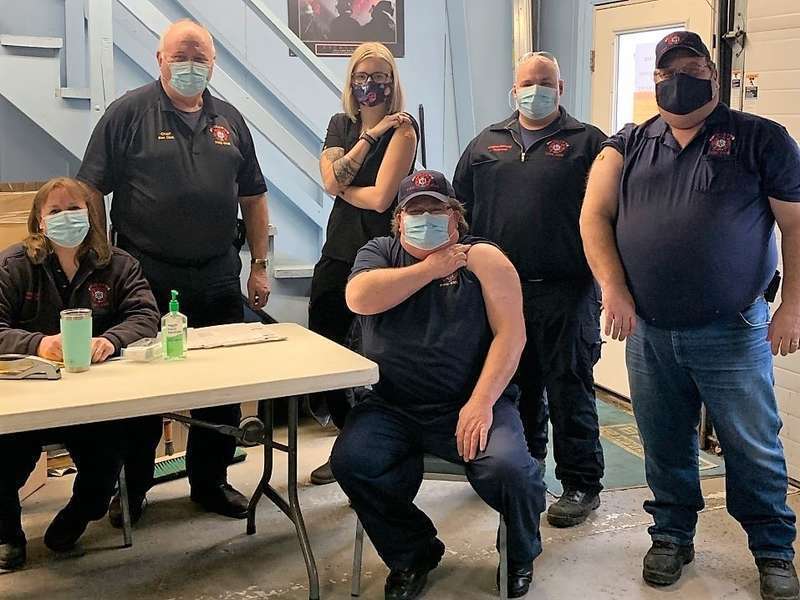 According to Calais Fire Chief Ken Clark, the department received enough of the Moderna vaccine for licensed EMS personnel in the area, not just those members of Calais Fire-EMS.

Those receiving the first dose of the vaccine will be required to receive the second dose in 28 days.

On Monday night, Jan. 4, Eastport City Council met for “a hearing on a Request for a Notice of Appeal” to the council “by an Employee with Regard to Termination of Employment.”  After approximately two hours of discussion, the council voted in favor to reinstate Police Chief Peter Harris. 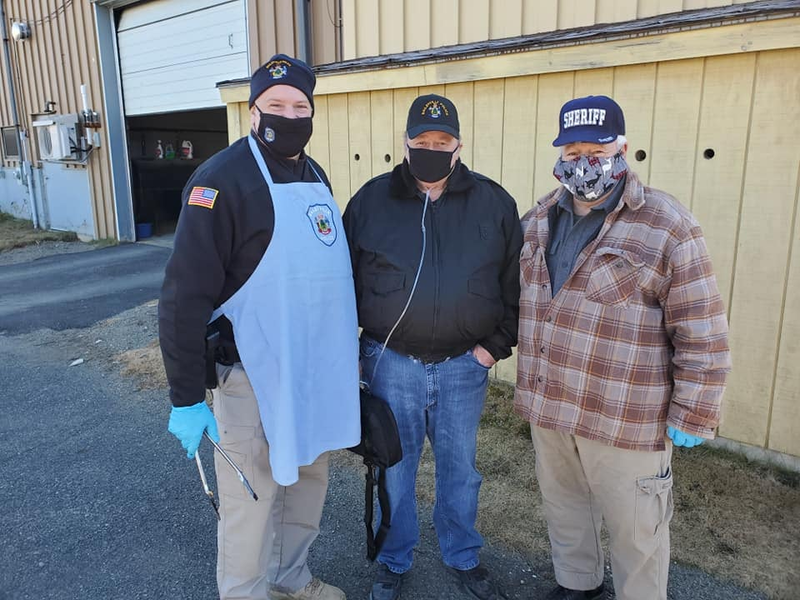 Baileyville Police Department kicked off 2021 by bringing out the grill and treating folks with a New Year’s Day hot dog stand, all in an effort to bring the community together with much needed positivity and friendship. 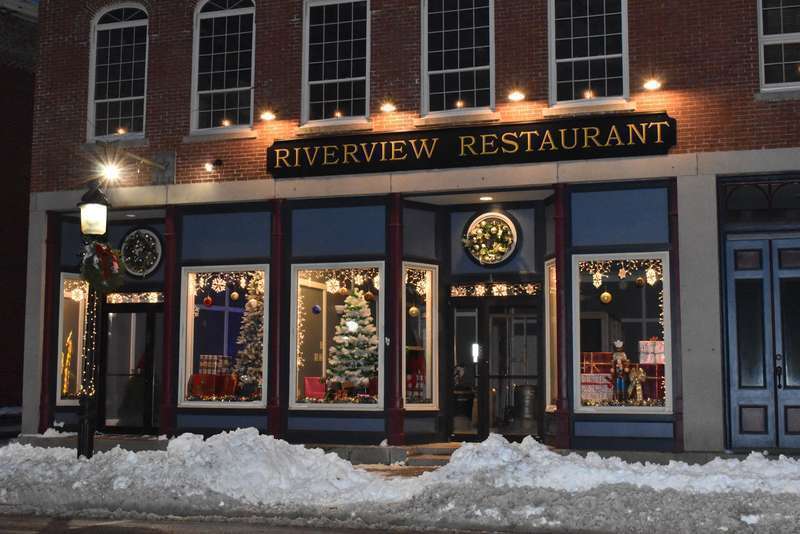 New Restaurant to Open this Spring

The days are shorter and darker but are starting to get longer. We’ve finally left 2020 in the past, so despite the snow-covered ground, things are looking up. The start of a new year can mean changes and opportunities. The new year has resulted in a new restaurant for Main Street in Calais.

Downeast Community Partners is now offering a Head Start program online to help younger children learn and grow throughout the remainder of the COVID-19 pandemic.

Teachers will be available to help parents learn and explore at home.

“Head Start at home can be fun for your child and helpful for you,” said Trista Eaton, Enrollment Specialist at DCP. 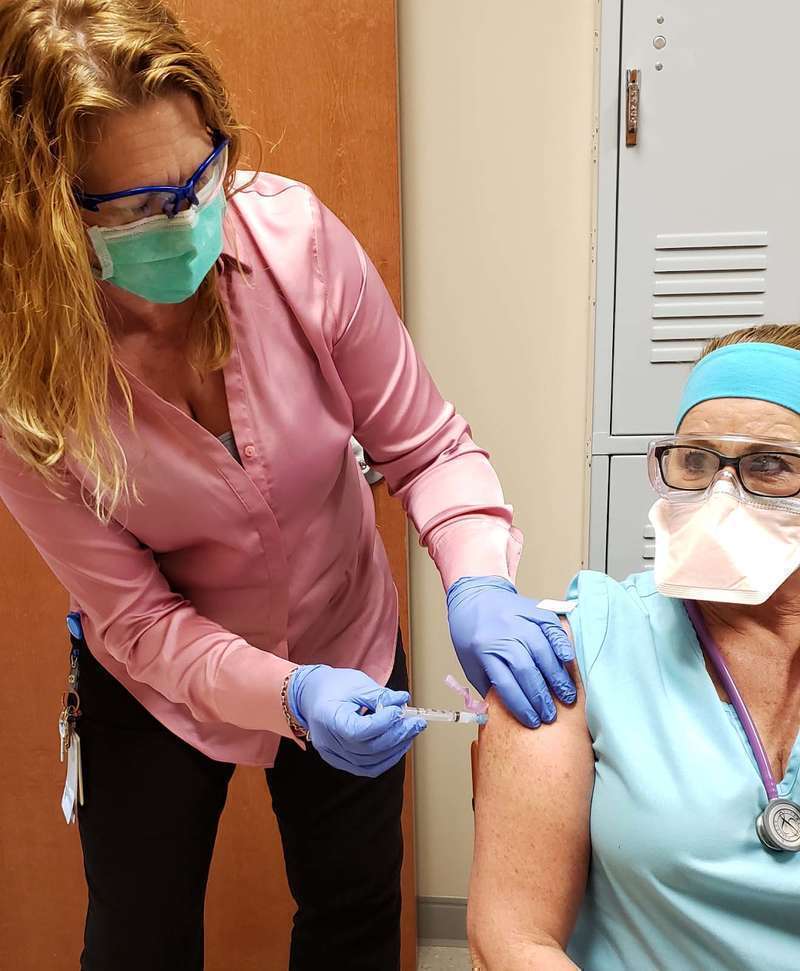 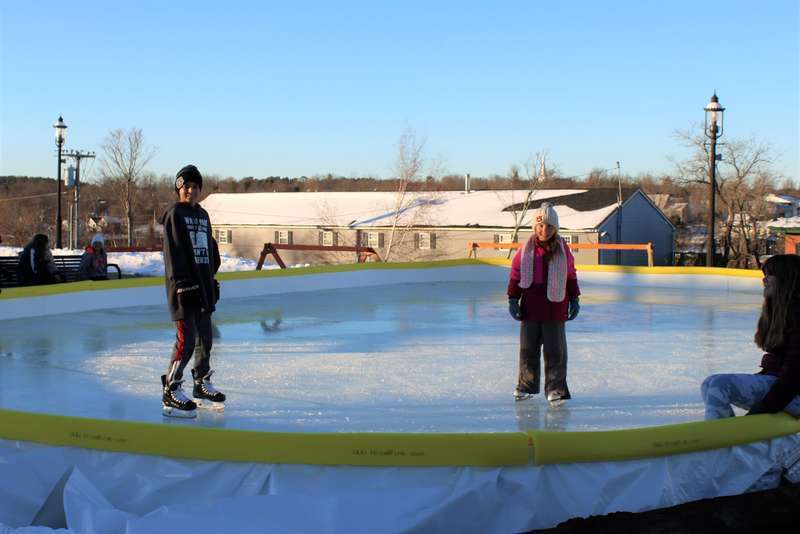 Lace Up Your Skates: Downtown Rink is Ready

Some kids took advantage of the nice winter weather over the weekend and tried out the new ice rink on Main Street.  The rink was purchased by Calais Downtown Revitalization Coalition (CDRC) and put in place recently by Calais Recreation and Public Works Departments.  (Photo by Jayna Smith) 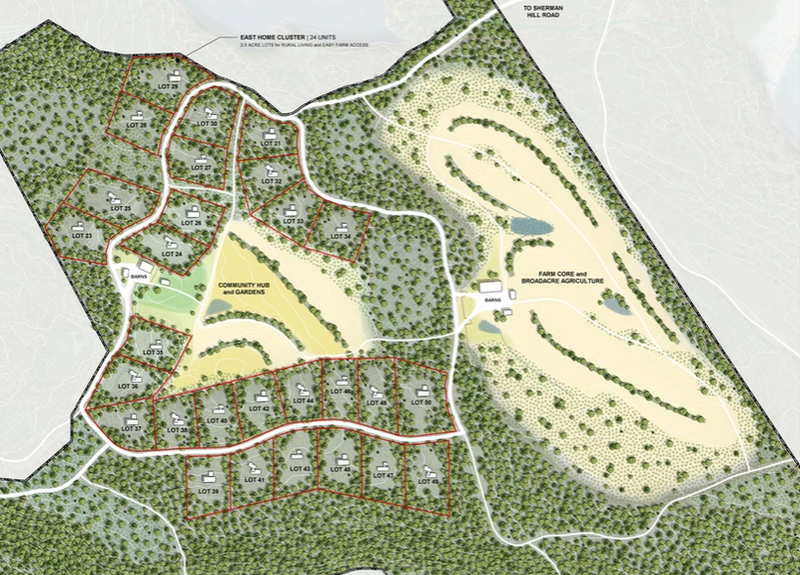 Plans to build 50 sustainably-designed homes at Howard Lake are in works for the development group Sustainable Community Partners (SCP), according to one of its four members, Randall Solomon, who lives in New Jersey. 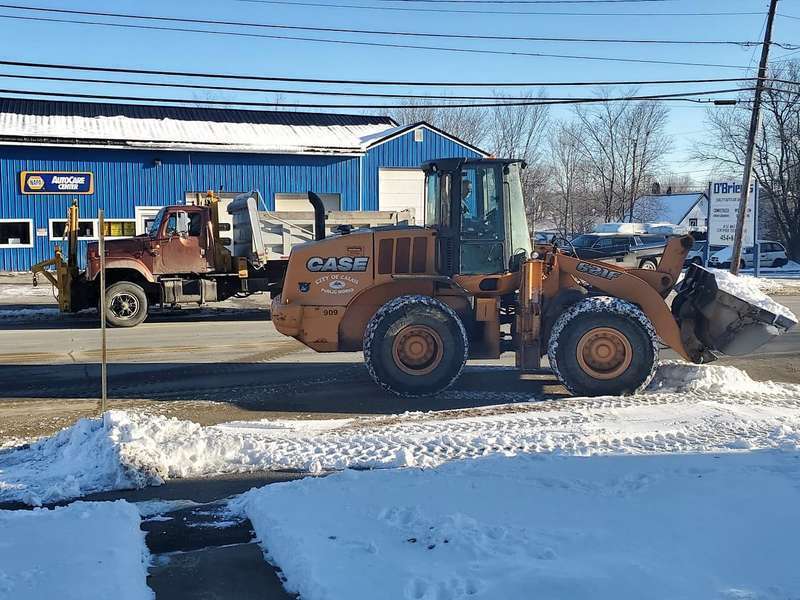 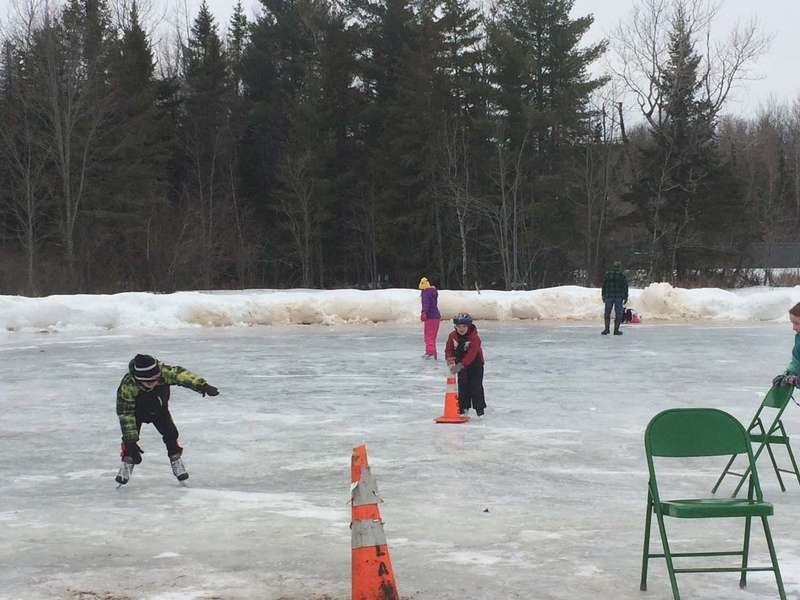 Snow has finally made its way into Washington County and many have been patiently waiting to start partaking in fun winter sports and activities.

The Town of Baileyville usually has a skating rink for families in the area and this year will not be any different.

“Just waiting on some colder weather for the ice to thicken up.

The Lincoln Memorial Public Library in Dennysville is the recipient of a $20,000 grant from the Stephen and Tabitha King Foundation for urgent repairs and future planning.  “We couldn’t be more grateful for this timely gift,” says the Chairman of the Library’s Board of Trustees, Colin Windhorst.  “We look forward to working with the community,” he adds, “to ensure the Library continues to serve the needs of the people well into the 21st  century.” 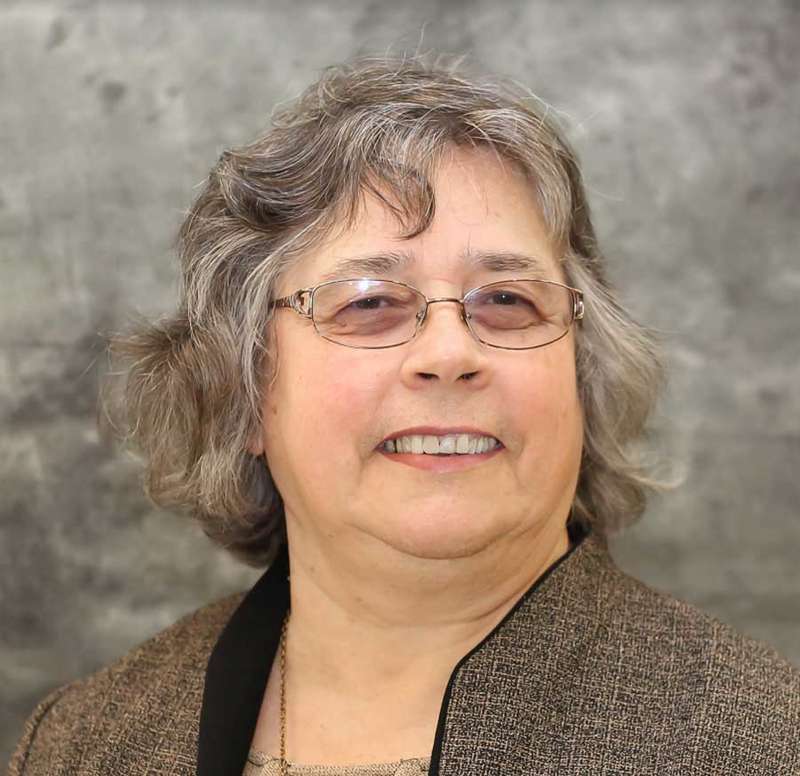 A bill that could come before Maine’s 130th legislature, one that would suggest decriminalizing use or possession of class W, X, Y and Z drugs, is being introduced by Rep. Anne Perry (D-Calais).

The Maine Youth Fish and Game Association is hosting a virtual winter camp throughout the months of January and February. 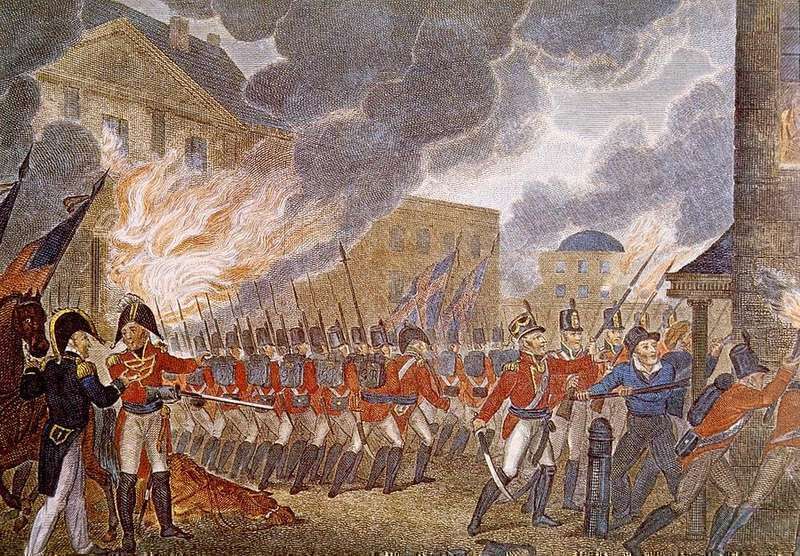 Donald Trump incited a riot on January 6th. In doing so, he destroyed much of what he accomplished, validated the complaints about his narcissism, divisiveness and character flaws, and invalidated the legitimate grievances of his 75 million supporters about stolen elections, Black Lives Matter and Antifa “mostly peaceful” violence, arson and riots, media bias and leftist hypocrisy. He managed to legitimize the Biden crime family and provide aid and comfort to the very socialists and leftist tyranny he opposed. 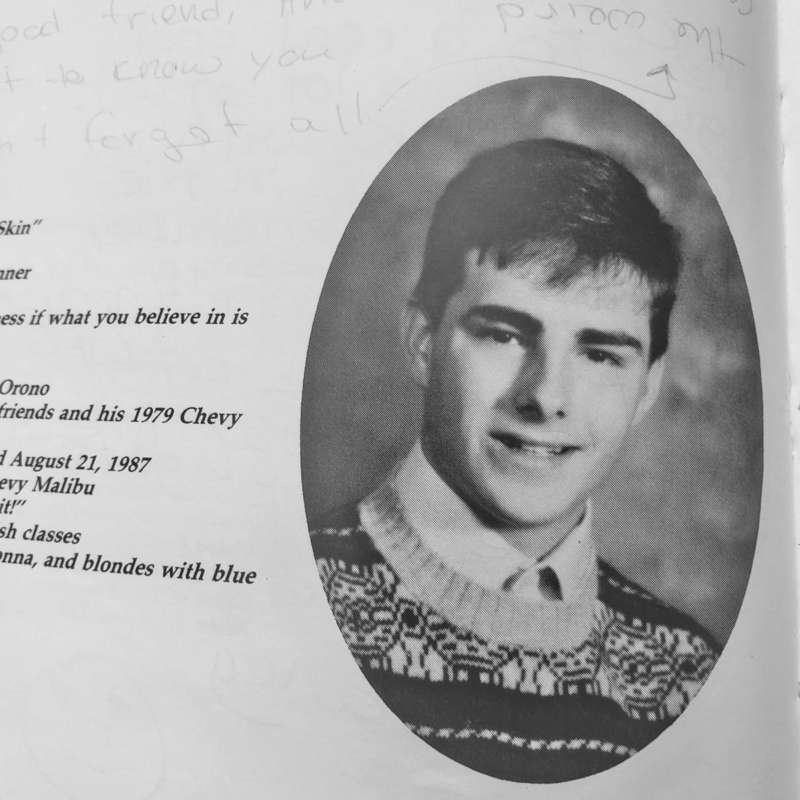 Richard Skinner doesn’t know exactly when he lost his class ring, but guesses it was not long after he graduated from Baileyville’s Woodland High School in 1989.

“I had lost it so long ago, I figured it was long gone,” said Skinner. “I wasn’t even looking for it.”

It turns out he did not have to. Now, thanks to an enthusiastic community effort on Facebook, Skinner will soon be reunited with his ring, and it all began when Mary White received a text from a total stranger. 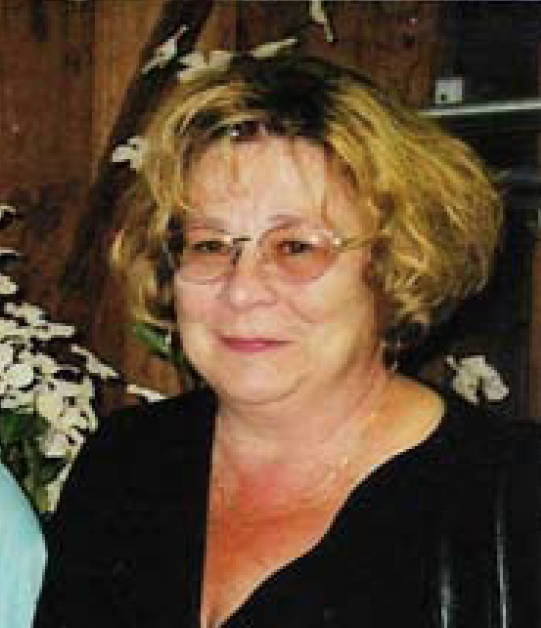 Karen M. Polley, 73, passed away peacefully in her home after a brief battle with ovarian cancer on December 16, 2020. She was born in Calais, Maine on May 15, 1947 to Leo L. and Ruth E. (Durling) Kneeland of Wesley, Maine. The second of three children, she is predeceased by her elder sister, Donna (Kneeland) Eagan, and younger brother, Leo L. Kneeland Jr. She attended Calais High School and received her undergraduate and graduate degrees from the University of Maine. Karen spent the last 30 years helping families in DownEast Maine as a Licensed Clinical Social Worker. 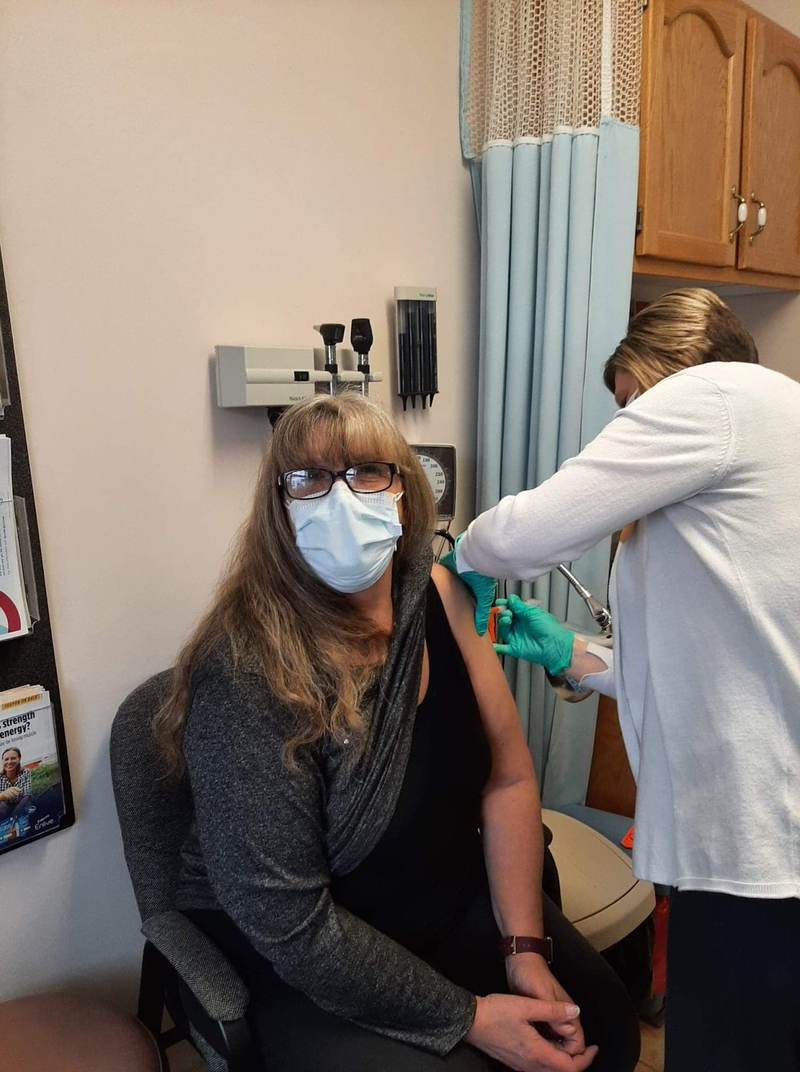 Eastport Health Care recently received a partial shipment of COVID-19 vaccines from the State of Maine, in accordance with phase 1a of the plan to vaccinate healthcare workers.

“Over the coming weeks,” EHC’s Facebook page read, “we plan to receive the remaining vaccine doses allocated to our healthcare staff.  We are excited about the protection it offers us, in order to safely provide care to our community!” 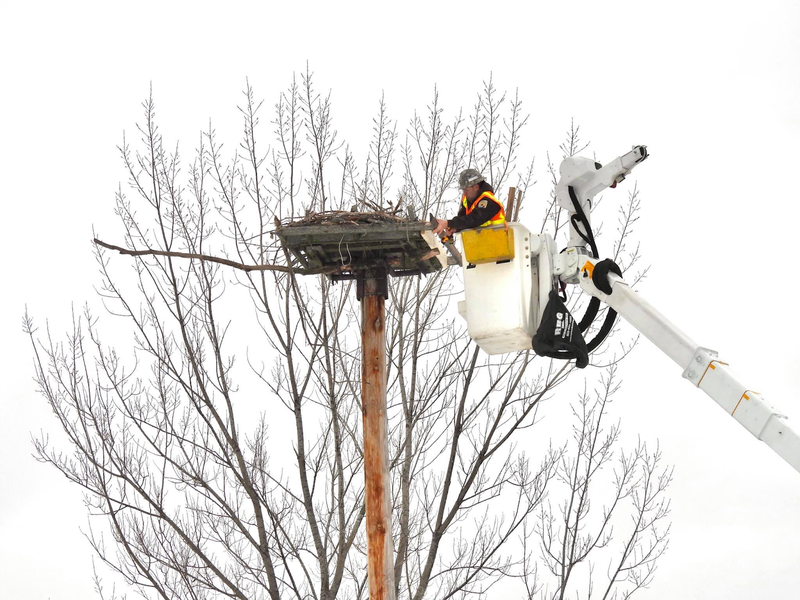 Moosehorn National Wildlife Refuge recently shared the following information to its Facebook page:  The original bald eagle nesting platform on the Magurrewock Marsh was erected in the late 1980s and was intended for use by ospreys as an alternative to potentially nesting on nearby electrical transmission line poles.  The platform was first used by ospreys in 1990, but in 1991 a pair of bald eagles re-established their territory and took over the platform. 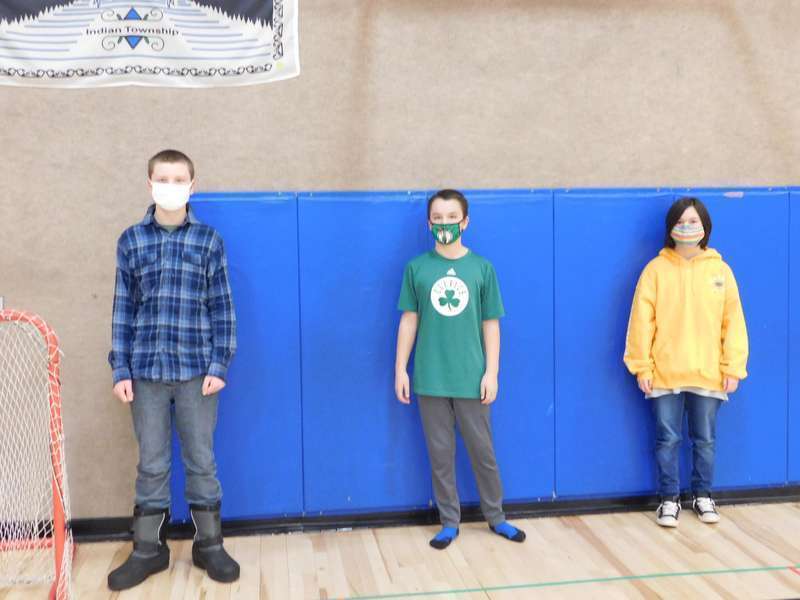 With the coronavirus vaccine giving people a sense of promise that things may get back to normal, many questions are still being asked, specifically why one still must follow social distancing of at least six feet and still wear a mask in public, among the other pandemic precautions, even after having received the vaccine.  We reached out to Robert Long, of the Maine Center for Disease Control (CDC), for answers to some common questions. 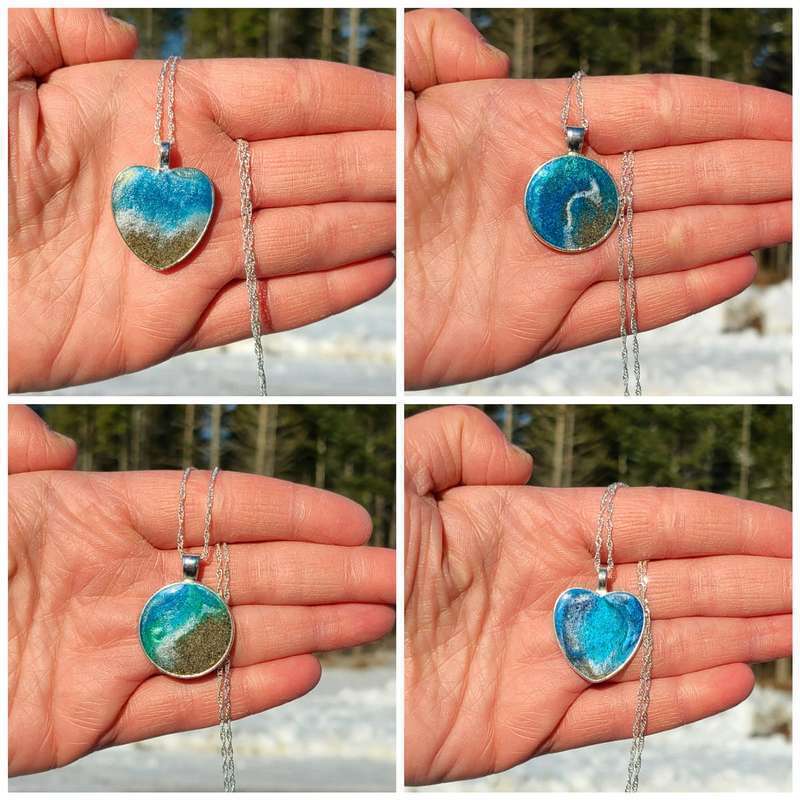 A local woman has turned her hobby into a business. 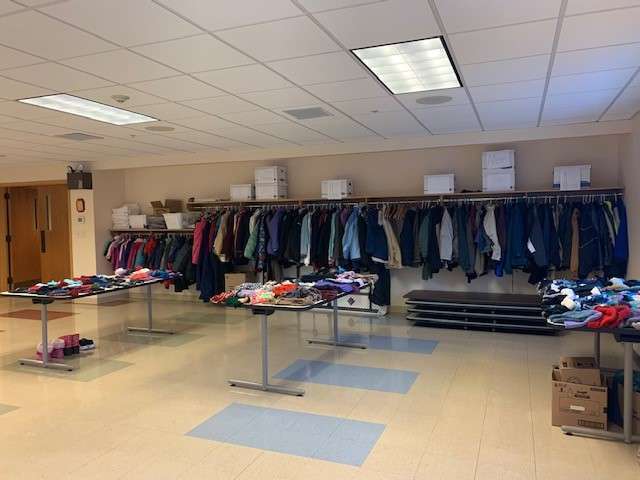 New community coat closet located at Immaculate Conception Church, 21 Calais Avenue in Calais. Open on February 7 and 21 from 2:30 to 4:30 p.m. Coats, hats, mittens and scarves are available. Items for men, women and children all free of charge. Mask must be worn and there is a limit of 5 people inside. Contact tracing information will be collected. 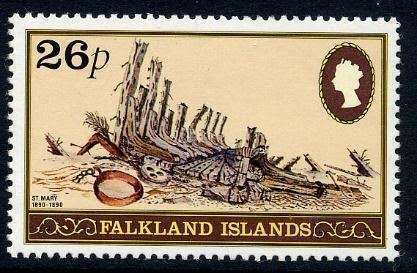 Risk & Reward Off Cape Horn: The Story of Captain Jesse Thayer Carver, of Searsport, Maine, and the Wreck of the Maine-built Downeaster St. Mary

Should the state of Maine impose a tax on the federal emergency loan funds sent to Maine’s private businesses who were forced to shut down last year? 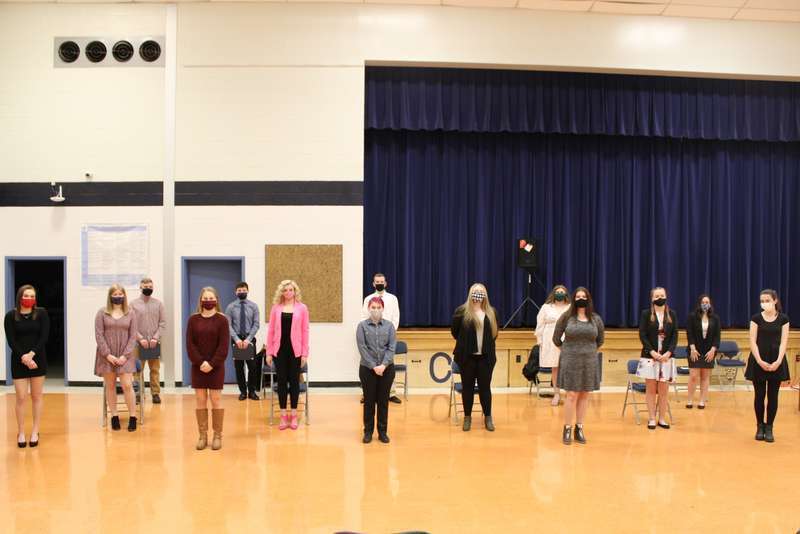 Last Thursday evening, Calais High School held its annual National Honor Society (NHS) Induction ceremony.  Due to COVID-19 guidelines, each NHS member was permitted two family members to attend in person, while others viewed from home, thanks to the event being live streamed on the school’s Facebook page.

At Woodland High School, last Thursday evening, three students were inducted to that school’s chapter of the National Honor Society (NHS).  Advisor Ms. Kimberly Mason welcomed the members and inductees in attendance, including one participating virtually, and students, families, friends, and faculty members watching the livestream from home. 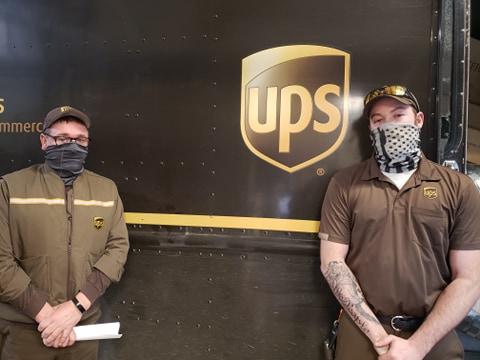 Our local UPS drivers are greatly appreciated for their delivery service, bringing us our awaited packages, however, on a day just recently, two UPS drivers did much more than that and are credited with saving the lives of a man and his dog.

Two weeks ago, UPS driver Josh Gillespie made a stop at an East Machias home.  This particular stop was not supposed to be part of Gillespie’s route that day, so he took care of it very first thing.

Due to continued limits on COVID-19 vaccine availability, Maine is using a phased approach to providing the vaccine, as recommended by the Advisory Committee on Immunization Practices.  As the state begins to transition from Phase 1a into Phase 1b, Calais Regional Hospital announced the implementation of its COVID-19 information telephone line, (207) 454-9299.  Messages cannot be left at the number; only vaccination availability details are provided. 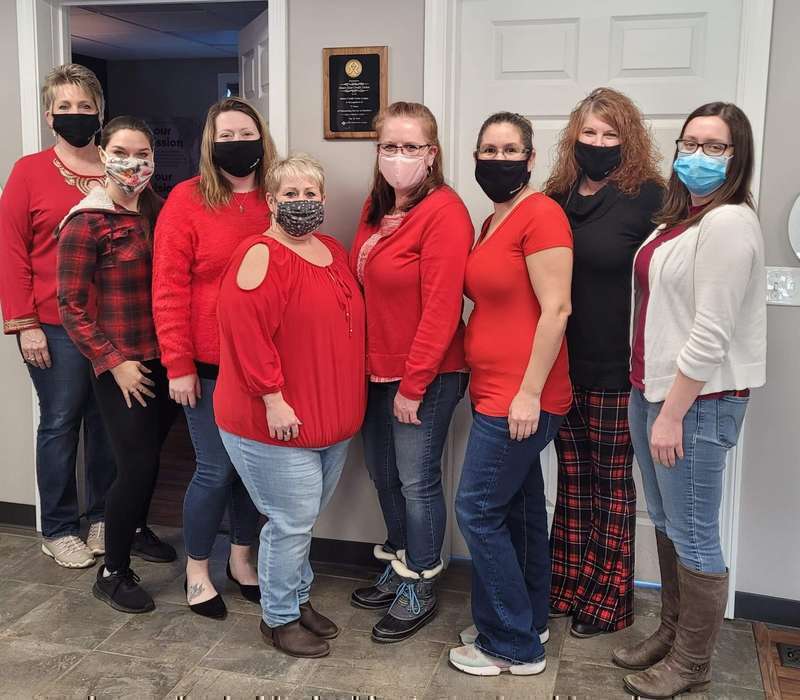 On Friday, January 15th, team Members from all of the eight Downeast Credit Union and Downeast Insurance branches dressed down in red to show support for the family of little Jace Griffin.

Jace is a four-year-old boy from Edmunds who was recently rushed to Boston Children's Hospital where he went through an 11-hour surgery and is now healing.  The Downeast Team opened up their own wallets and contributed $500 to help support Jace in his recovery and his family as they heal.

All of those at Downeast Credit Union and Downeast Insurance say, "Get well soon, Jace!"

There will be no church services until Palm Sunday.

The picture is of the steps that are on the side of the church. Someone started a fire on the steps. Please if anyone sees someone around the church that looks suspicious please call me. 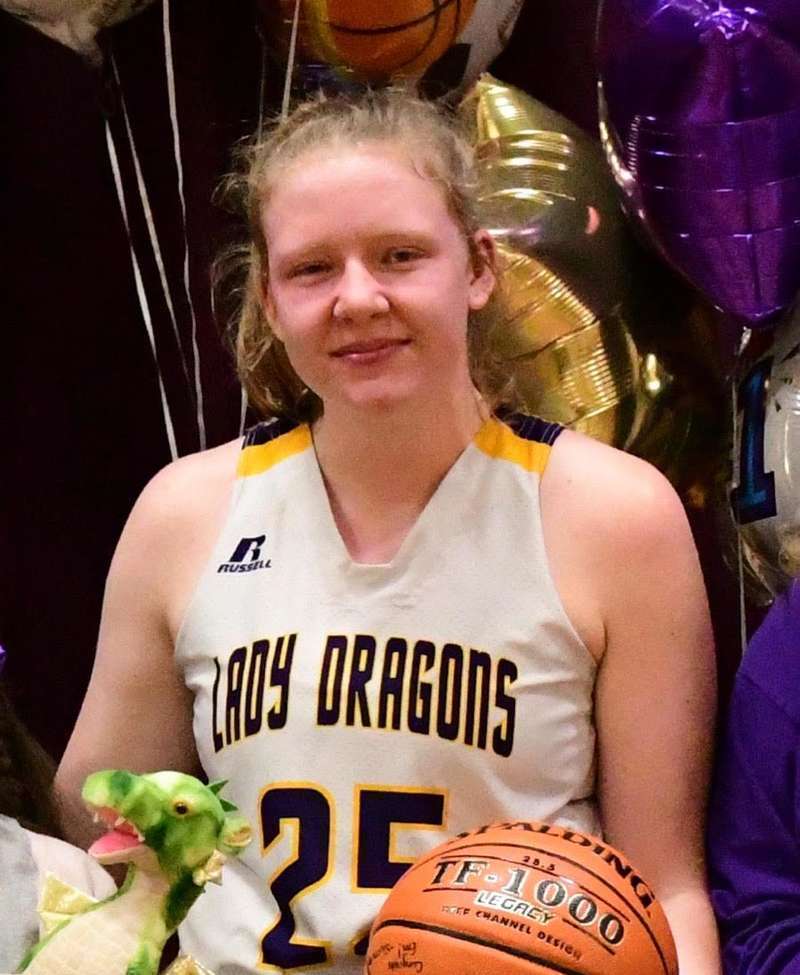 Woodland’s Emily Curtis, a senior, scored her 1,000th career point in high school basketball at a home game last week.  Going into the game, Curtis needed 22 points to reach the feat, and conquered that in the fourth quarter with 3:37 left on the clock.  Her performance lifted the Dragons to a 50-19 victory over the Narraguagus Knights in the teams' season opener.  (Photo by John Rogers) Order Customized Action Shots At: [email protected] 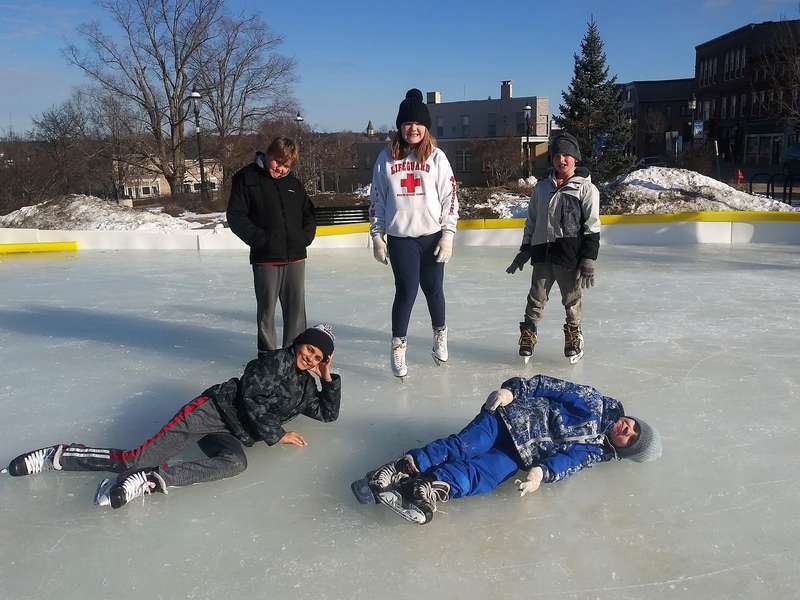 These kids are just some of many who have been enjoying the new downtown skating rink.  (Submitted photo)