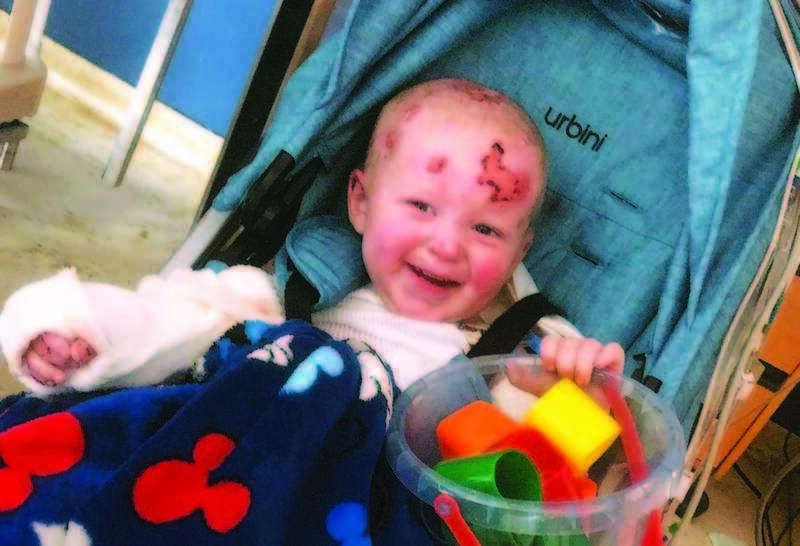 Condition is Improving, but “Bumpy Road Ahead” for Wyatte

While most kids are enjoying all the fun that the summer months bring, little Wyatte Chandler is adjusting to his life at Shriners Hospital after sustaining serious injuries nearly three weeks ago.

On June 12th, 1 ½ year old Wyatte Chandler was accidentally burned while sitting at his family’s backyard campfire.  After being flown from Calais Regional Hospital to Boston’s Mass General via LifeFlight, he was transferred to Shriners Hospital a few days later.  He has remained a patient there ever since.