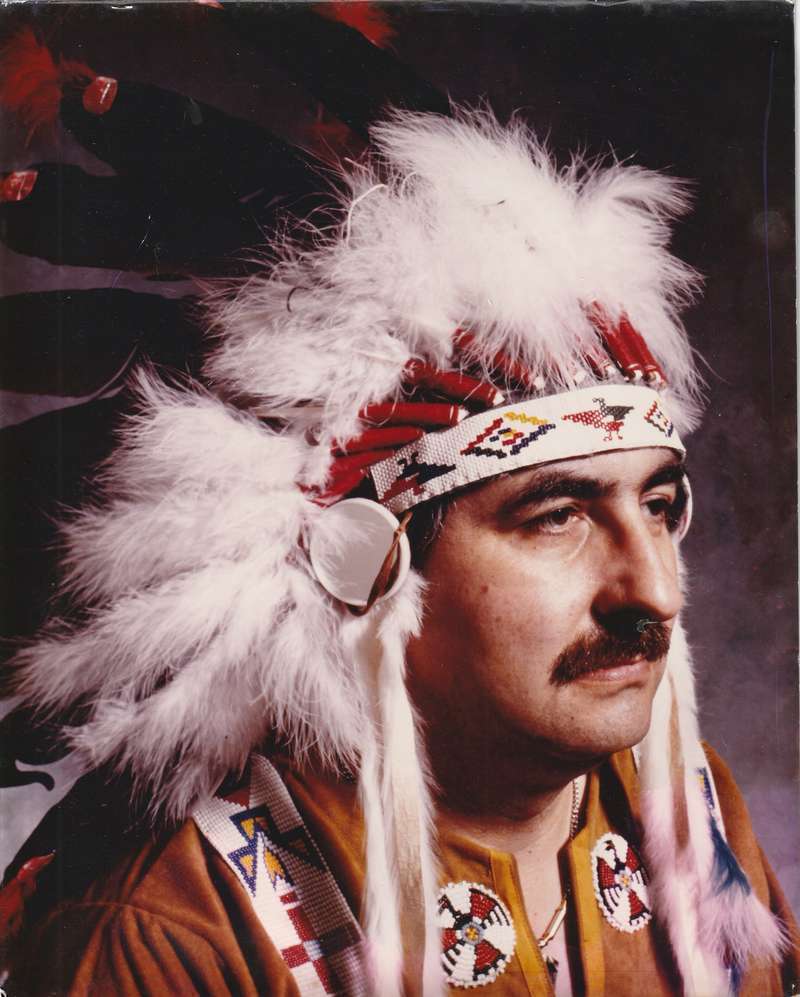 Perry – Cliv Dore, 78, passed away unexpectedly on August 15, 2020 while at his camp on Dobsie Lake. Cliv was born in Pleasant Point on July 12, 1942, the oldest of twelve children born to Stafford and Dorothy (Altvater) Dore.

Cliv was the patriarch of his family, the mentor and the storyteller.

Growing up he could be found on the family farm tending the livestock, the garden and picking berries. As he grew into a young man, he was quick to enlist first with the Army and then the Air Force where he served 22 years earning the rank of Master Sergeant before retiring as an Officer of Special Investigations. Cliv proudly volunteered to enlist and was honored to call himself a Vietnam Veteran. Later he went on to earn a Bachelor of Science degree in Business Management at UMM. Which he put to use working in many departments for the Passamaquoddy Tribe. Cliv was one of the initial negotiators for the 1980 Land Claims Settlement Act. His passion and dedication to the Passamaquoddy people did not go unnoticed during his many terms as Tribal Chief, Vice Chief and Council Member. Throughout his journey in life, Cliv impacted many people with his loving and caring way.

Cliv was most proud of serving his community as Sakom (Chief); he loved his Passamaquoddy People. There was never a moment that he didn't portray how proud he was. He was a very patient, loving and understanding man. He respected the hardships and struggles of the community and never once turned his back on them, always looking for a solution to make things better for the Tribe, even up until his last days here. He carried on the family wreath business sharing his knowledge not only to his family but the many people around the county. To list Cliv’s accomplishments would be endless.

After he retired from the Military, he moved home to the Farm in Perry to raise his children. He met his Soul mate, Fran and married on December 26, 1985 and took on four more children and raised them like his own. He taught his children to have integrity and a strong work ethic, a skill that has helped them survive in life, for which we are forever grateful.

He was always willing to help anyone, gave people chances when others wouldn’t. He always saw the good in everyone. That is a unique trait and skill that few can master but he did.

In addition to his parents, Cliv was predeceased by his sisters, Glenna Austin, Niki Hilderbrand and Niki Knock; his brother, Jon Dore and grandson, John (Little John) Surles.

He is survived by his loving wife of 35 years, Frances (Soctomah) Dore; seven children, Devon Dore of Van Buren, Tammi Dore-Snow and her husband David of China, Maine, Robert Dore and his wife Barbara of Perry, Simone Donahe of Sakom Twp., Michael Donahe and his wife Sarah of Eastport, Nicole Dana and her husband Ralph of Sipayik and Everett Dearman of Pensacola,  Florida; siblings, Jan Lincoln of Sipayik, Katha Dore of Pembroke, Dhindi Dore of PA, Neisha Dore of T4ND, Dereck Dore and his wife Betty of KY, Stefanson Dore of Perry, Sherie Mitchell and her husband Jim of Perry, Damar Dore and his wife Stacey of South Dakota and Lorraine Dore-Avery of Bangor; sisters-in-laws, Hilda, Jane, Lena, Nancy and husband Mike and brother-in-law, Melvin and wife Joan, all of Pleasant Point; twenty grandchildren and sixteen great grandchildren, each one loved and cherished as well as several nieces, nephews and many special friends of Dobsie Lake.

Visitation will begin at noon on Thursday, August 20th at the home of Cliv & Fran Dore, 274 Old Eastport Rd., Perry.  A Mass of Christian Burial will be celebrated 11 a.m., Friday, August 21st, also at the Dore residence followed by burial at Tribal Cemetery at Pleasant Point.  Please respect preventative measures including social distancing, the use of masks and temperature monitoring.   Arrangements by Mays Funeral Home, Calais & Eastport.  Condolences and memories may be shared at www.maysfuneralhome.com